Nothing official can be found regarding the origins of Astroganga, however, it most likely comes from Japanese. It first made an appearance in 1972, in its original form: Asutoroganga, and was used by Tetsuhisa Suzukawa, creator of the eponymous TV series which aired between October 1972 and March 1973 on Nippon TV and was the first robot series in colour, it was a true pioneer of the genre. The plots weren’t particularly engaging, but the main character, the robot, Astroganga, is particularly interesting to us: “a special type of living metal”, generated by an alien metal ingot equipped with a dorsal engine. Astroganga is a sentient robot though, thanks to the symbiotic state in which he assimilates his human guide, it is during this phase that he performs actions in defence of Earth.
The fusion process between Astroganga and his guide takes place via a ray of light produced by the androids external body armor.

In 140 m2: 20 m2 of leather, 2000 kg of steel, 2 km of cables, 24m of LED strip, 352 electrical configurations, 88 custom-made spotlights, 44 microphones, 22 monitors, 12 audio speakers, 8 video cameras, 4 projectors; it’s rather obvious to attribute a creative relationship between the android and the complex architecture which describes the object. The underlying suggestions of the Astroganga project are numerous and with further analysis, by assessing a more functional but no less evocative aspect, the origins of this object could be attributed to the theme of a writing-desk, an individual work station, a concentrated, definite environment: for study, work, musing and summarising. Although the table has 44 places, it is clear that each one has been designed and structured according to its own reason for being. Sheets of steel breathe life into lighting solutions and work surfaces, a metal worktop splits open to reveal a luminous interior in the middle of the section immersed in the ground, it appears to rise and breathe its first breath. A third origin could be attributed to the nautical environment, the abandoned hull of a vessel on a faraway shore, stranded and visible only as a still life. And finally, the last reference compares Astroganga to a fishbone, however, nothing is known about the origins or characteristics. The room housing Astroganga does not add anything useful to our understanding of the nature of the object. Monumental sheets create the walls of the space, clearly a tribute to work by Richard Serra, via the use of American walnut which gives a material feeling to the external fronts and contrasts with the softness and imperceptible perfection inside the shell which they enclose. The rhythm of the flow they generate is deliberately harmonious and fluid, it feels like an ethereal place, of numerous references, technological instruments meet others originating from tradition in a symbiotic state where mere function assimilates “a very special type of living metal”

A special thank you goes to Siciliano Arredamenti, Luca and Roberto, who were responsible for the production and installation of the table and who supported us during every stage of the project while demonstrating, as always, extreme professionalism and passion.
More heartfelt thanks go to Mario Nanni from Viabizzuno for his creation of specialized lighting engineering components as well as for his tireless support and exceptional contribution, qualities which have always set this company apart. 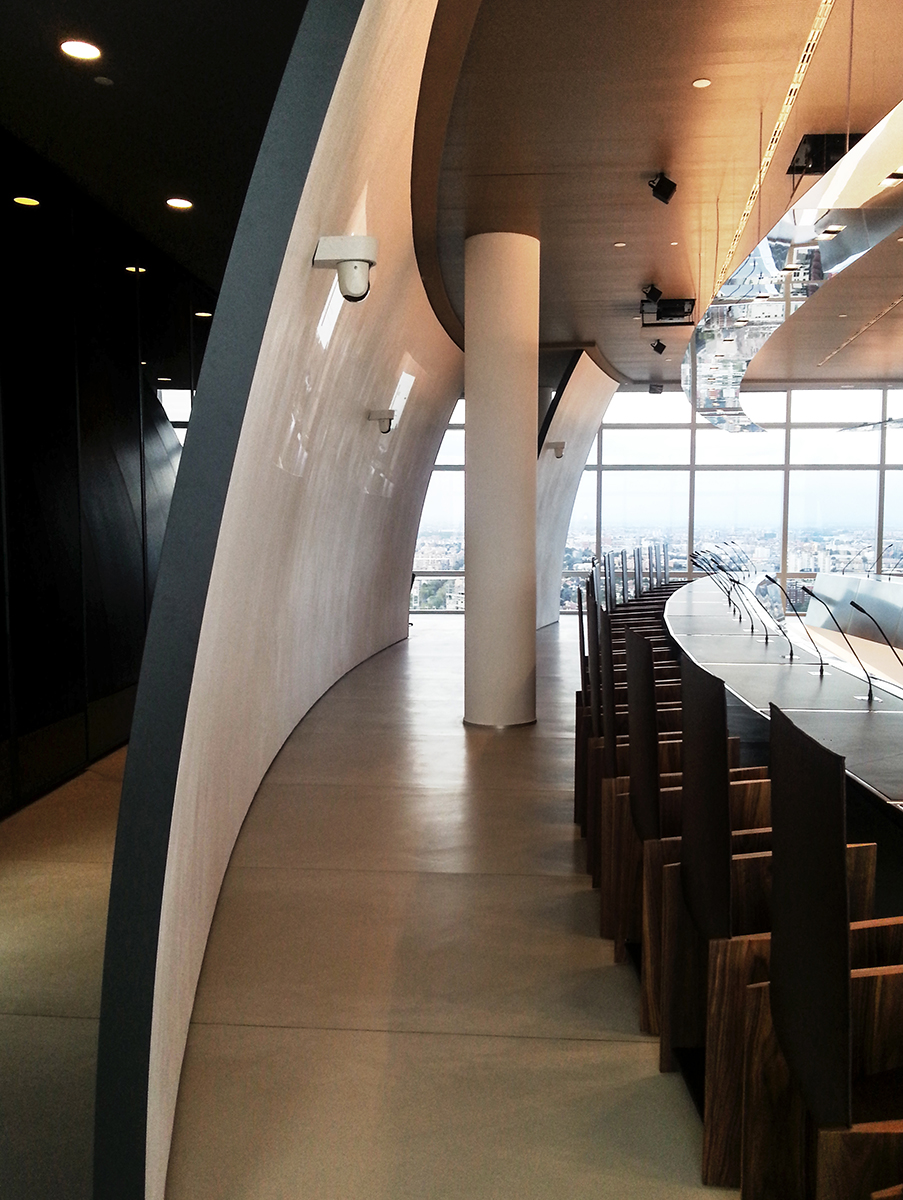 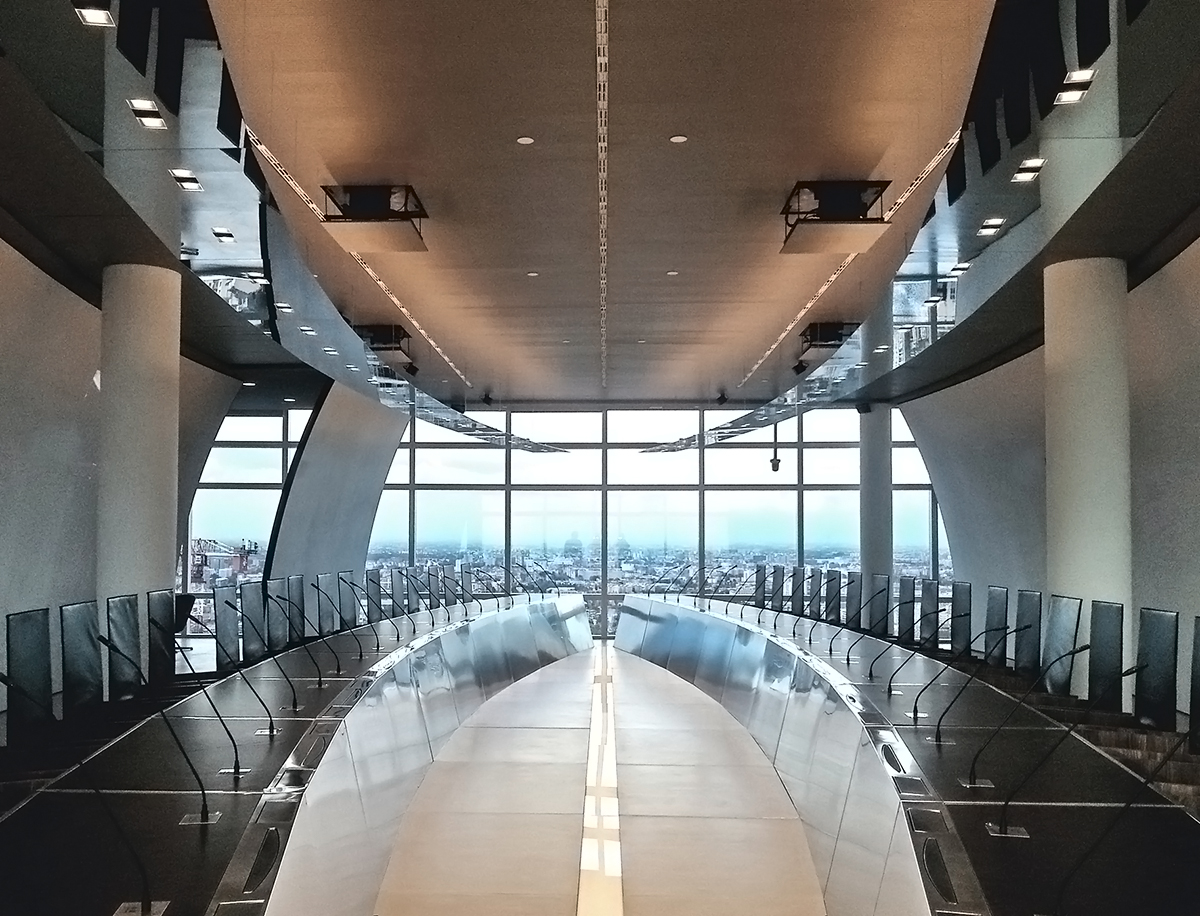 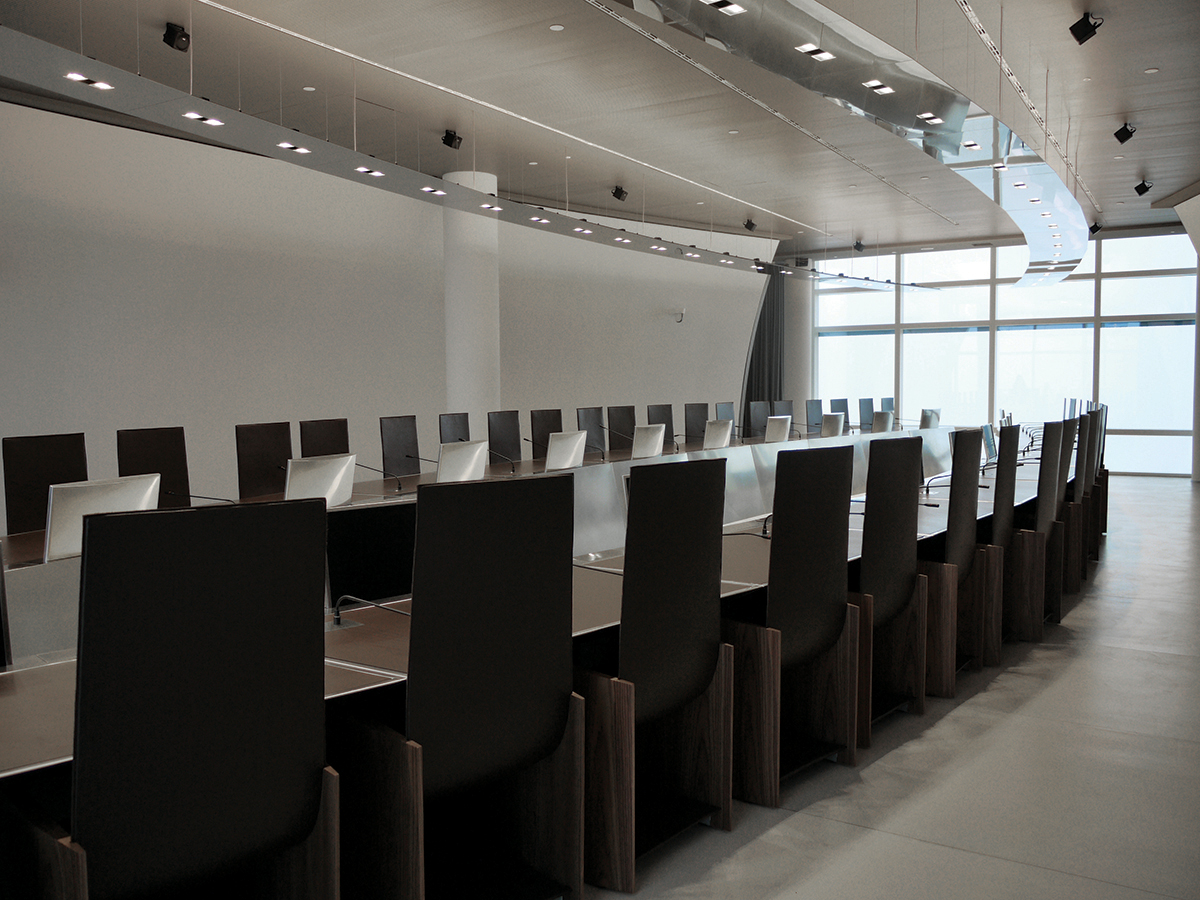 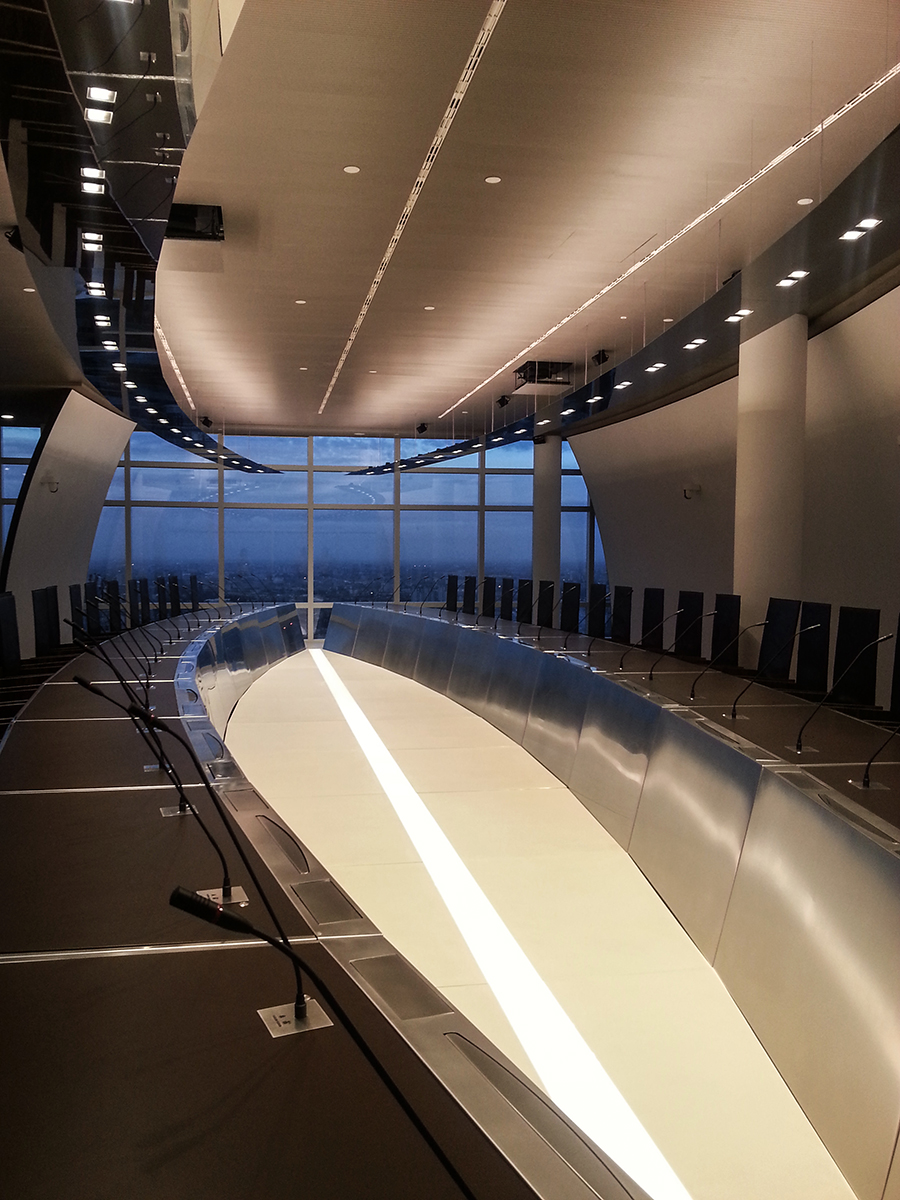