With the aim of introducing real Neapolitan coffee to the city, we have created something which was completely new: the physical space was designed as the projection of a place in people’s minds, evoking an atmosphere, and encouraging interaction between people by means of the large-scale windows opening up directly onto the pavement. The Neapolitan house, resides in the collective imagination, and is the home of coffee, par excellence. Patrons are both attracted to the project and drawn to the idea as a whole. Majolica tiled-floors, antique decorative objects steeped in history, tables topped with white tiles: at Caffè Napoli the coffee experience has the feel of Naples without being too heavy-handed. 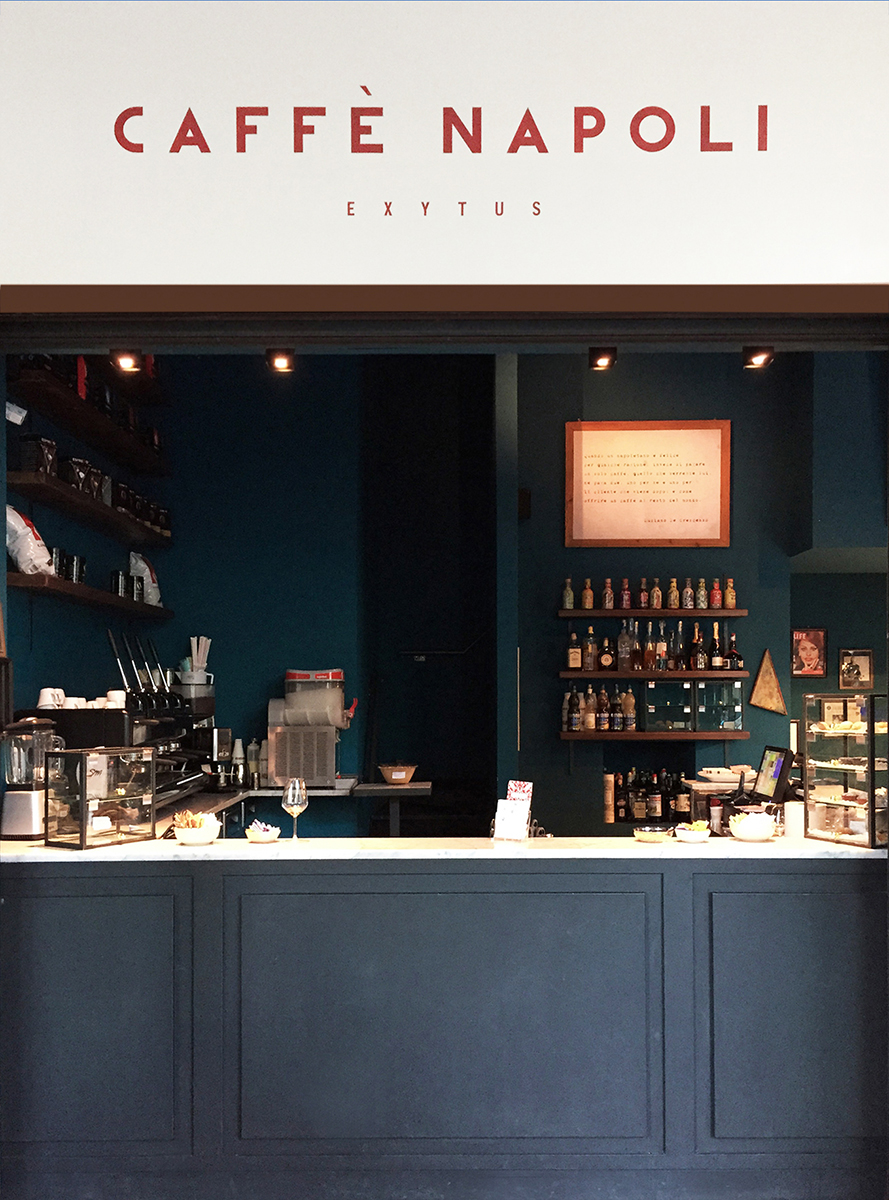 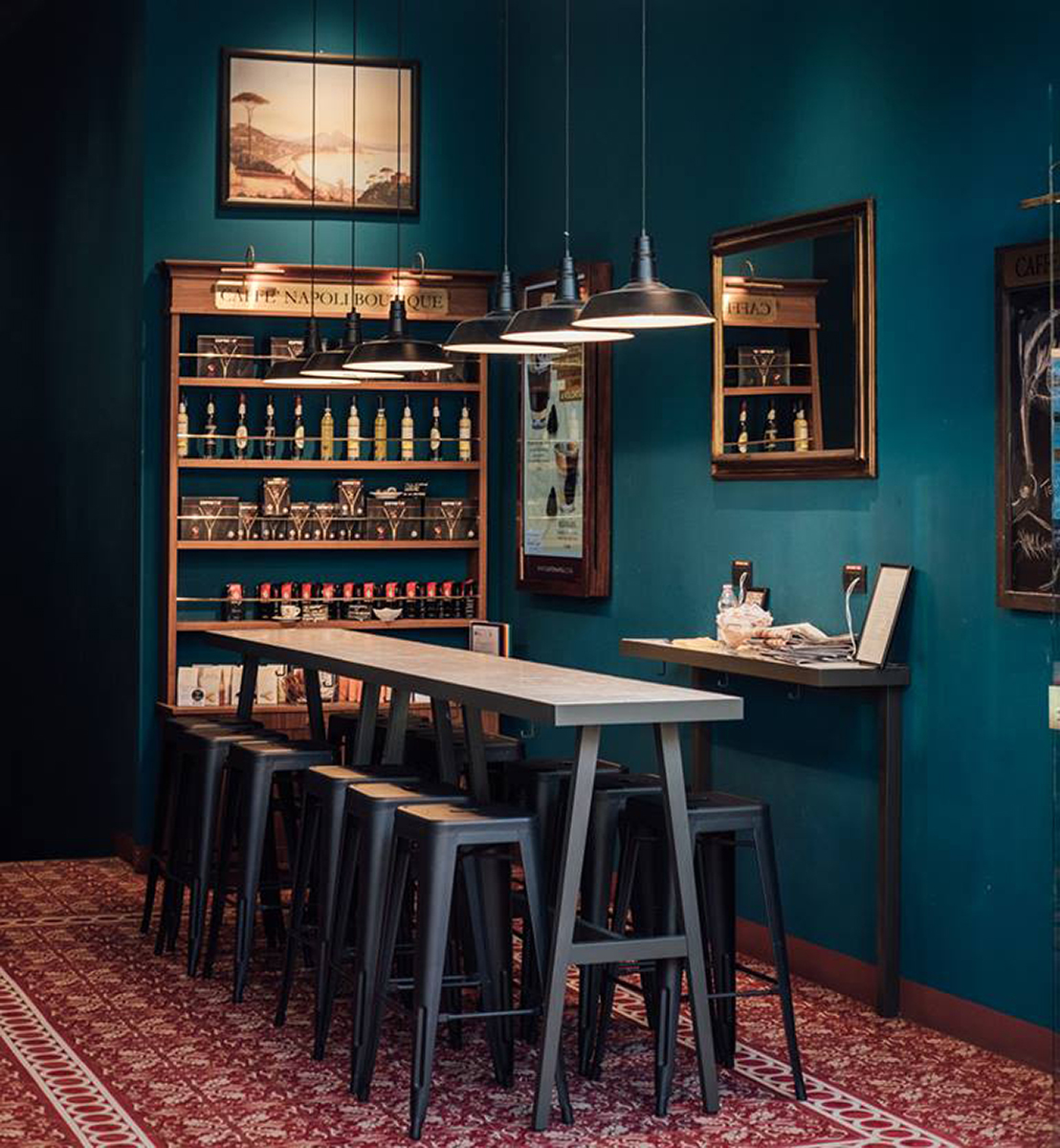 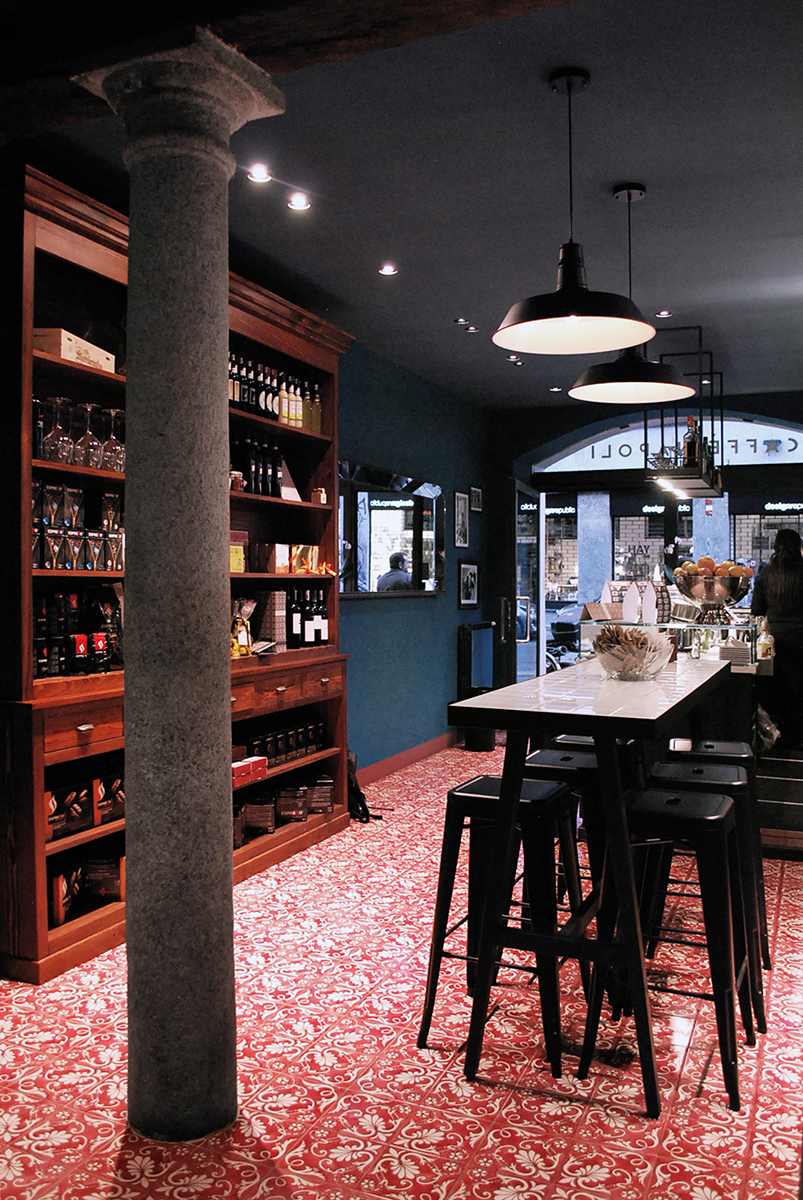 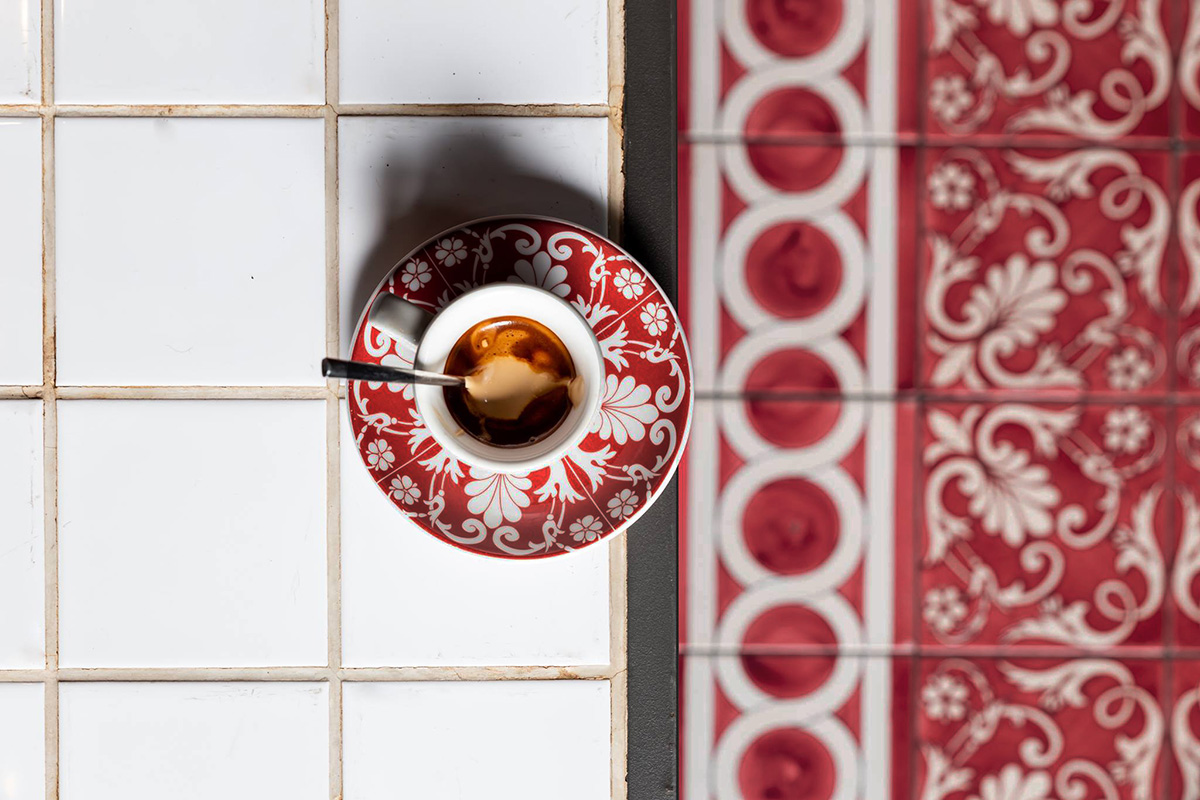