As part of the complex project for the construction of the two Unicredit Towers in Porta Nuova, GruppoC14 was in charge of the lighting. The design aimed to establish a dialogue with the interior design of the dining area in Tower B, which was due to be refurbished according to an industrial concept using natural materials such as iron and wood.

The dining area is divided into two zones and features rustic iron-covered spotlights, specially-designed and differentiated for the canteen and restaurant areas.
Intimacy at the single tables in the restaurant is created by iron tubular elements producing a precise beam of light , while in the canteen, the long tables are lit by linear iron-clad LED lights which illuminate the space more evenly: these two solutions result in a friendly, welcoming atmosphere.

The bar counter is light by linear built-in LED lights which produce a diffused downward-pointing lights so as to highlight the Bencore covering the counter.

The transit area between the canteen and restaurant is illuminated by suspended spotlights inside rustic iron linear elements. 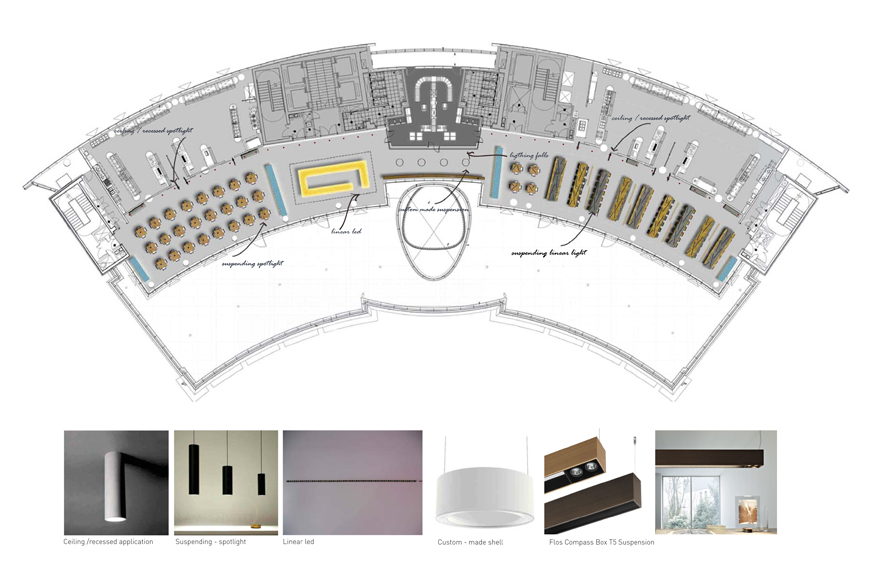 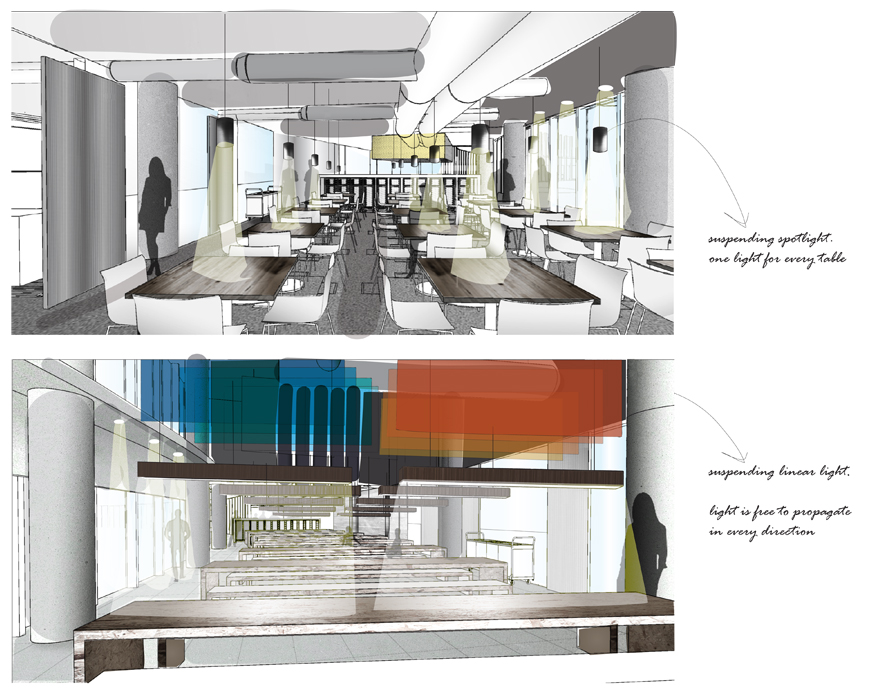 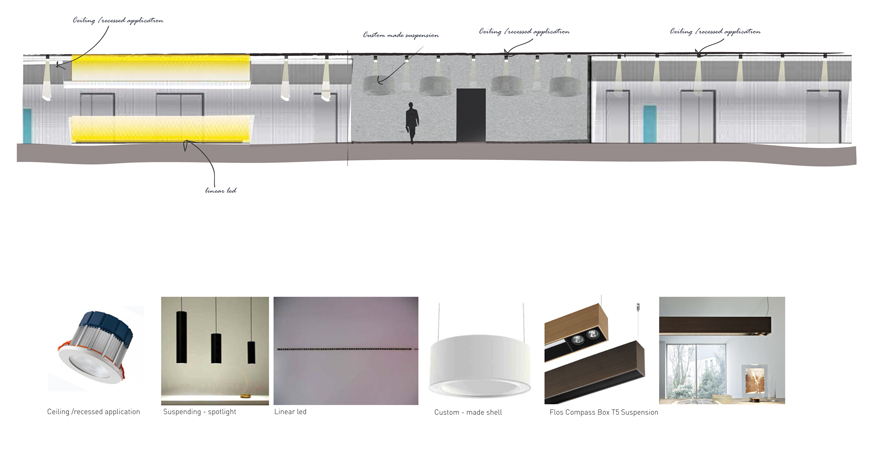