Rimini
Once again for this year’s 2011 TTG Meeting, an important event on the agenda of world tourism held in Rimini, C14 Group created the project for the Valtur stand and central hall. Valtur has been one of the studio’s clients for many years now.
The fitting up of both areas drew its inspiration from Africa, a tie-up with the promotion of the company’s new villages in Madagascar and Kenya.

A raised central walkway with strong scenic impact, flanked by seven side walks made of cardboard tubes, separated the two very different lounge areas. Enormous white sails covered the rotunda and, as in an African tent, enveloped the space, making it warm and welcoming. The walkway became a raised stage for conferring awards and making institutional presentations. Shafts of light and theatrical cut-out forms added to the atmosphere of the set.

The central structure formed the main feature of the stand containing a main section in cardboard tubes from which the sails covering the hospitality areas fanned out. These hospitality areas housed negotiations on the tourism product. The perimeter, constructed in cardboard tubes, was made to look like bones and thus harked back to the African theme 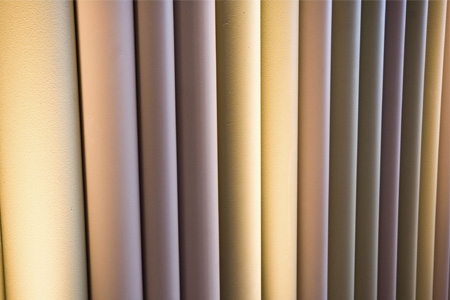 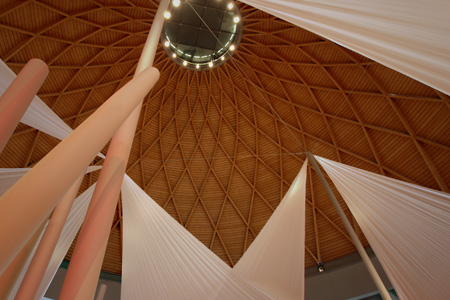 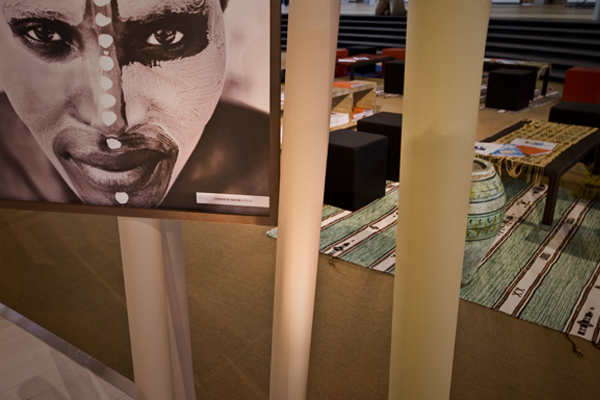 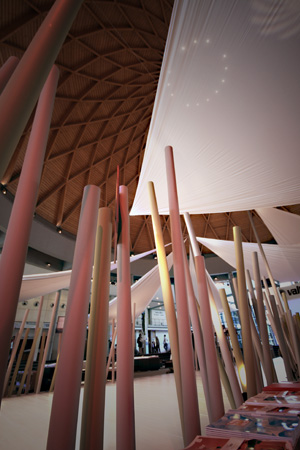 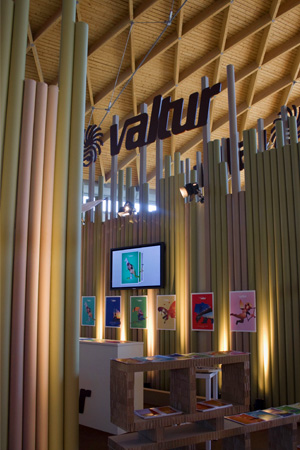 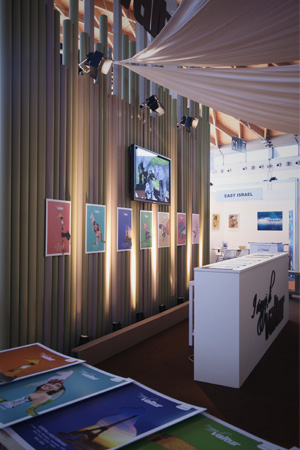 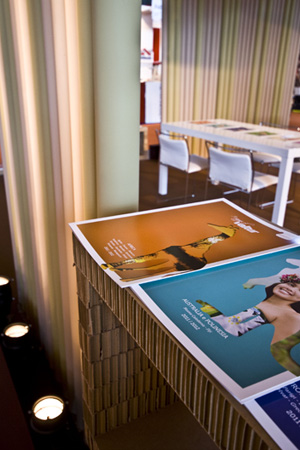 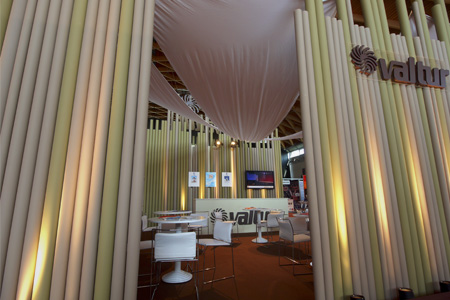 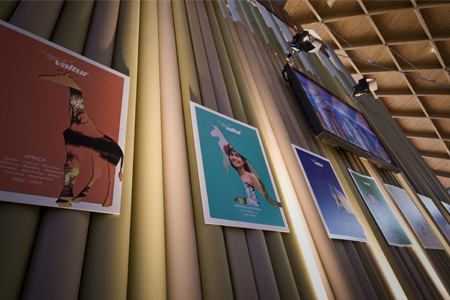 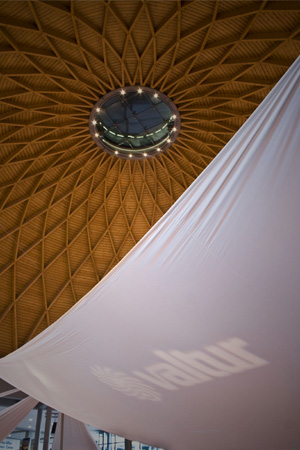