Bishop (as in a man of the cloth but also my favourite chess piece), the letter b as an obvious source of formal inspiration. b-chair is incredibly contextualised, heavily inspired by the clergy, made of severe, traditional materials (American walnut and leather), as comfortable as a classic meeting-room armchair, but with a decidedly more austere, pared-down personality. It is the result of the need for a seating solution suited to Astroganga (see Astroganga) and its covering of double-curved shells, for the design of one of the most important board rooms in the world. b-chair makes an active contribution to the construction of a timeless environment, made up of contrasts between tradition and modernity, artistic and architectural references, industrial steel and artisanal materials. Indeed, this is where the fate of amounts of capital so vast as to make us mere mortals tremble is decided. This is where the idea, which began to take shape with each new day of the design process, of a high finance “cathedral” came from. A suitable personality for a place in which financial power and therefore also political power are so intense that it is practically physically perceptible when one enters the room, even during the construction stage. If you’re not talking about upwards of billions of dollars then you have no business even being in the room.

I would say that it doesn’t get more tailor-made than this and b-chair particularly works in the space it was designed for, on the top floor of a skyscraper: it will never be exactly widespread as it needs to be integrated with all the other elements, not just furnishings but also architecture, down to the smallest detail. In actual fact it is not so expensive, the manufacturer Moroso did an extraordinary job, both impeccable and professional and in a very short space of time. In spite of the undoubtedly traditional upholstering, the heart of this piece is ultra-modern: fibre composite and carbon reinforcements. In accordance with Astroganga it doesn’t have legs and therefore there are no interruptions, it has a continuous shape, a single generatrix curve which ends in an intentionally high back, flexible enough to be extremely comfortable, but which still maintains correct posture for maximum concentration. I can’t really explain why I chose such a severe interpretation, I didn’t even go to Catholic school, even though both my brother and I were “threatened” by the prospect on more than one occasion. What I do know is that the b-chair, after having tried out an endless number of simulations, commercial and non-commercial seats in the studio, seemed to be the only one which could work in the space it now lives. 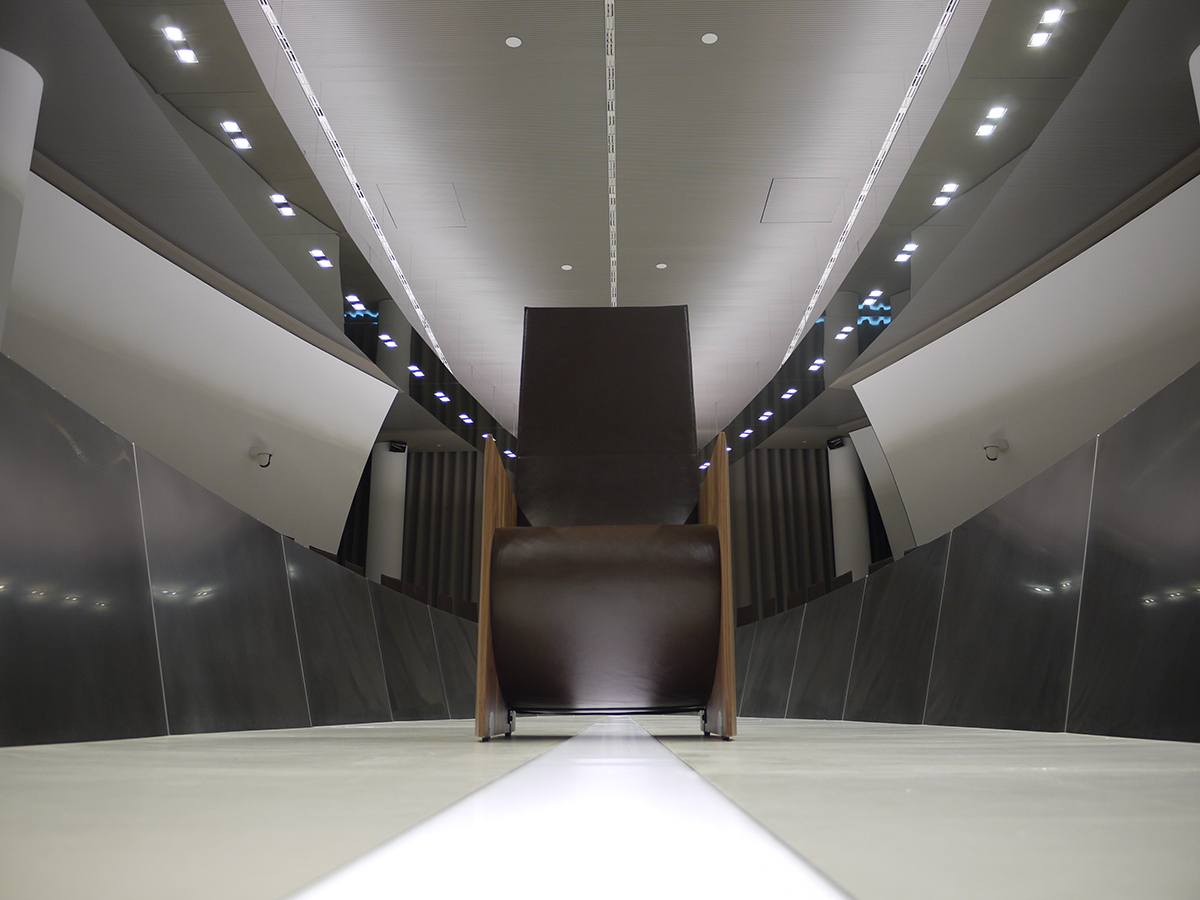 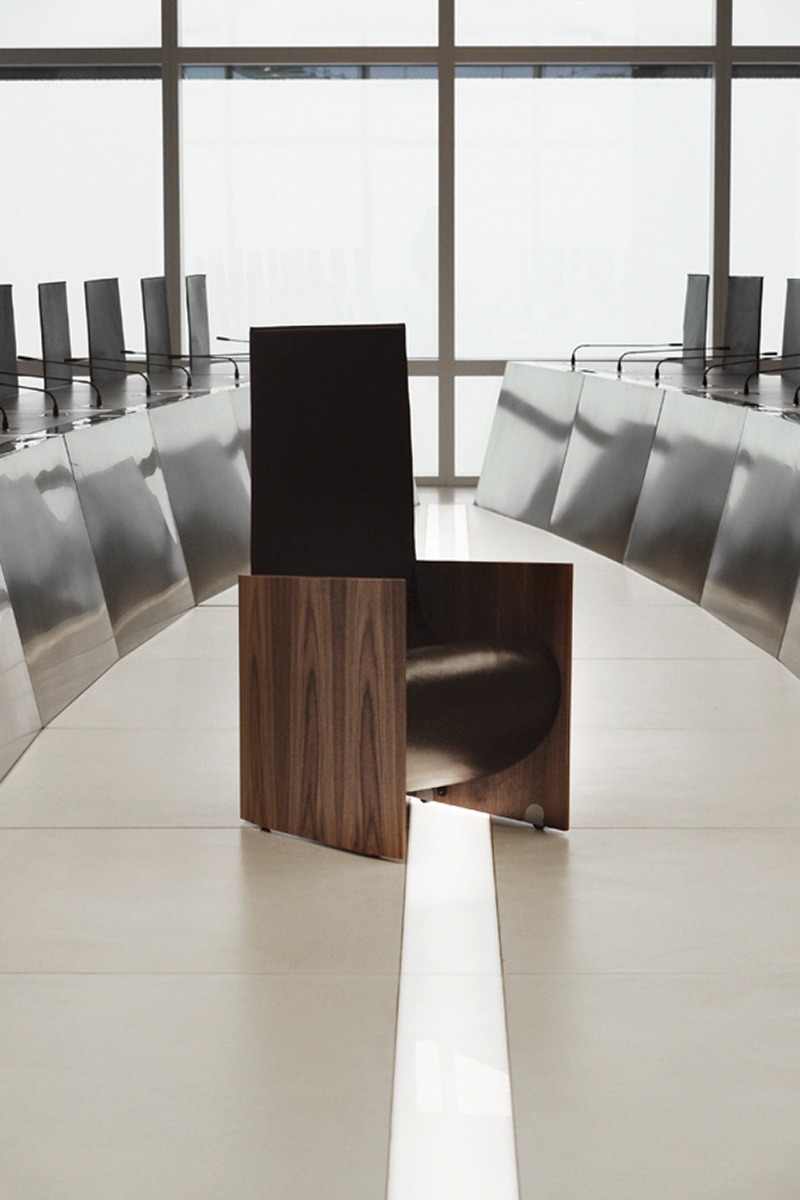 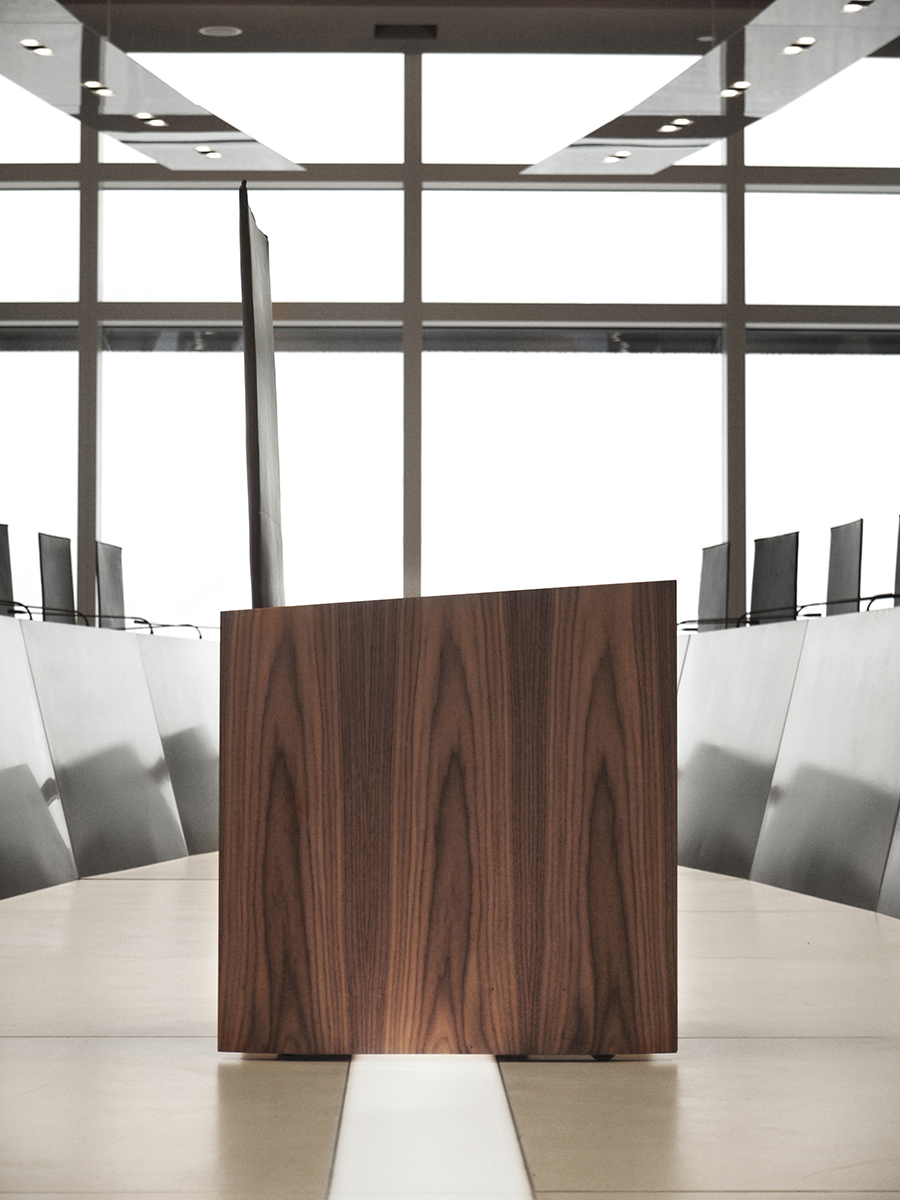