Located in the most famous fashion quarter in Milan, the intent of the Mattia Cielo flagship store was to present itself, through the very choice of its component elements and materials, as an innovative and prestigious brand identity, at the moment in which it was entering the Milanese market for the first time.

The technical precision and aesthetic elegance of Mattia Cielo jewelry were translated into an interior design project that was also a research project. Traditional materials and forms share the same breathing space as highly advanced technological solutions, as, for example, the window where the showcases are inset into a network of high definition micro-projectors or light control systems with new generation LEDs.

Inside the store, the exhibit structures are mounted in cement-finished walls so that the jewels themselves become undisputed protagonists as the elegance of their metal and leatherwork form a marked contrast with the coarse materials of their setting. The whole stems from a single geometric network made up of pure forms, squares and rectangles, alternating between full and empty, which clearly reveal the composition in the large “pigeon-hole” structure at the entrance. The sales counters were specifically created by Marco Rivolta for the brand, just as the main light-fitting comes from an idea of Alexander Bellman. Both derive from the same need: that of being able to sit around a table which poses no barriers between the salesperson and the client and which makes it possible for both to interact with the lighting through a simple gesture, thus turning on the directional mini-projectors only when actually needed to view the jewels on the counter. 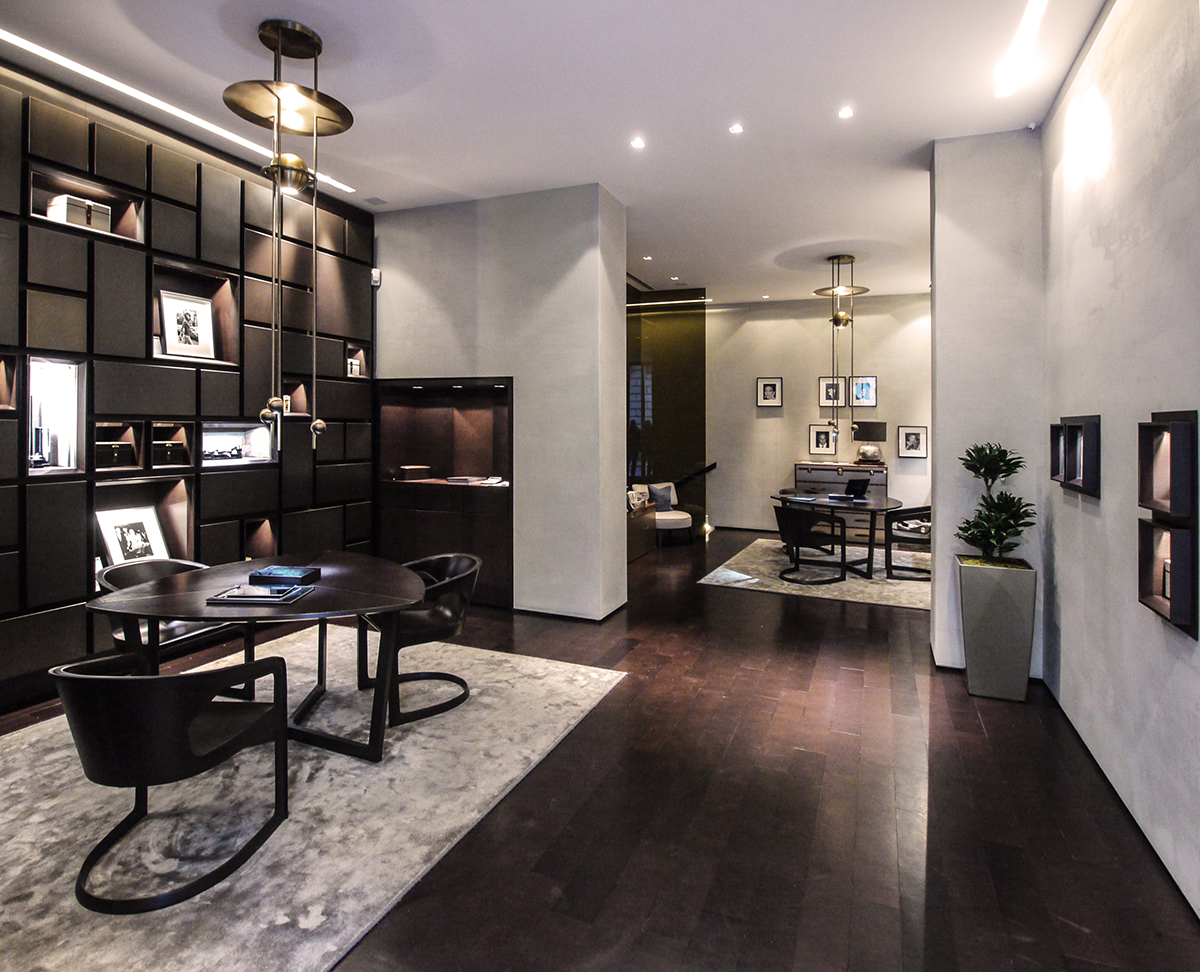 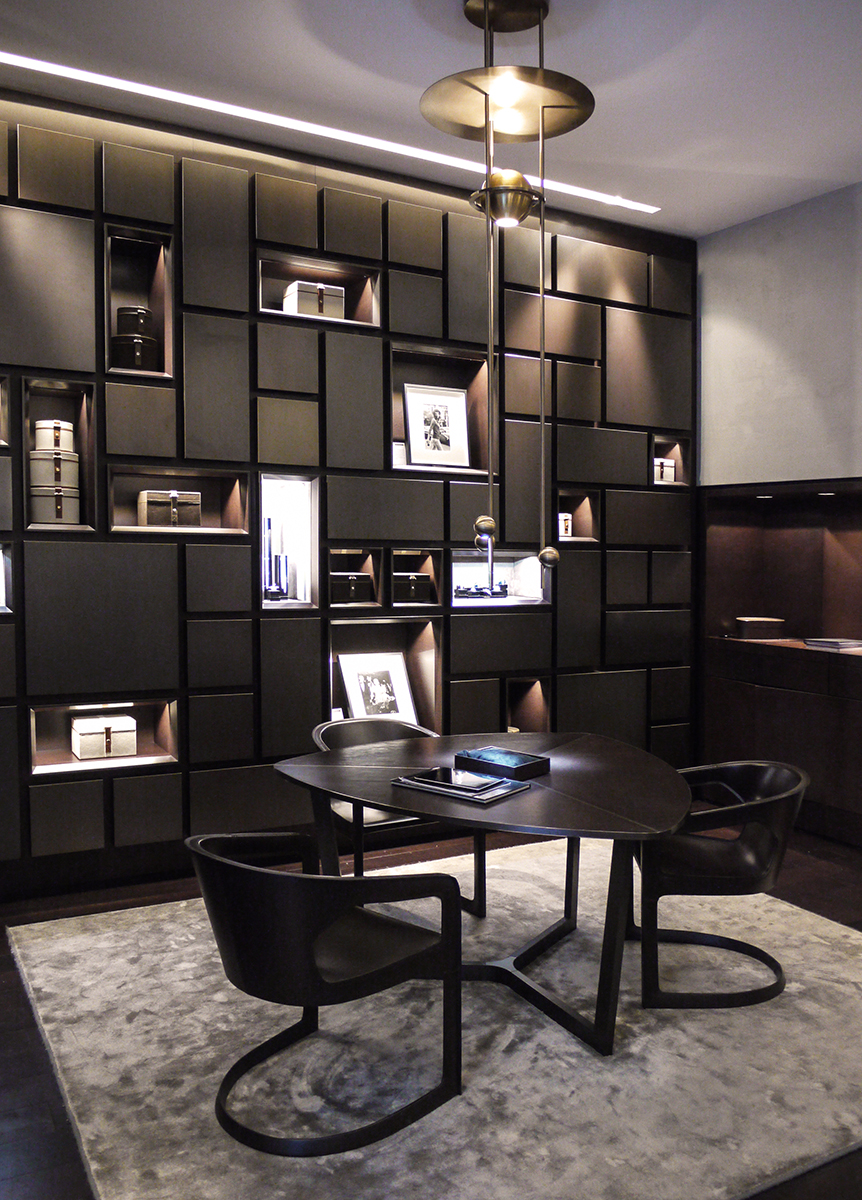 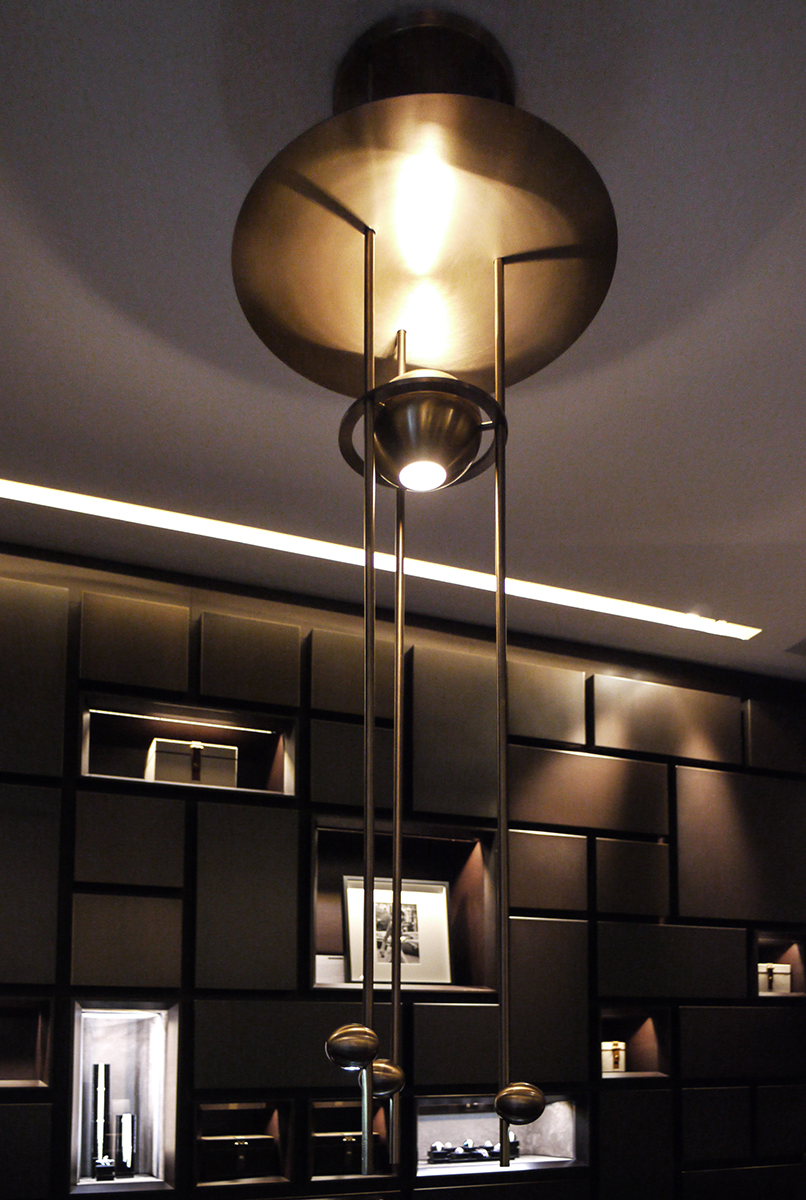 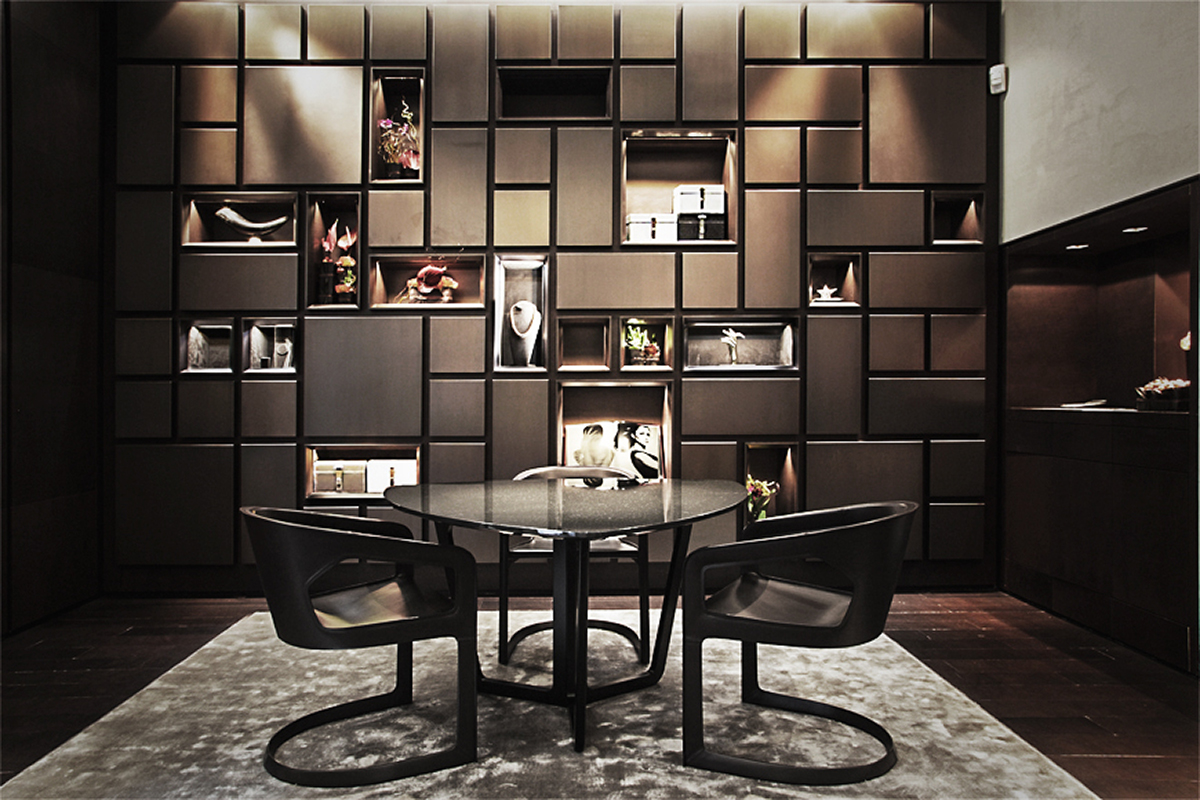 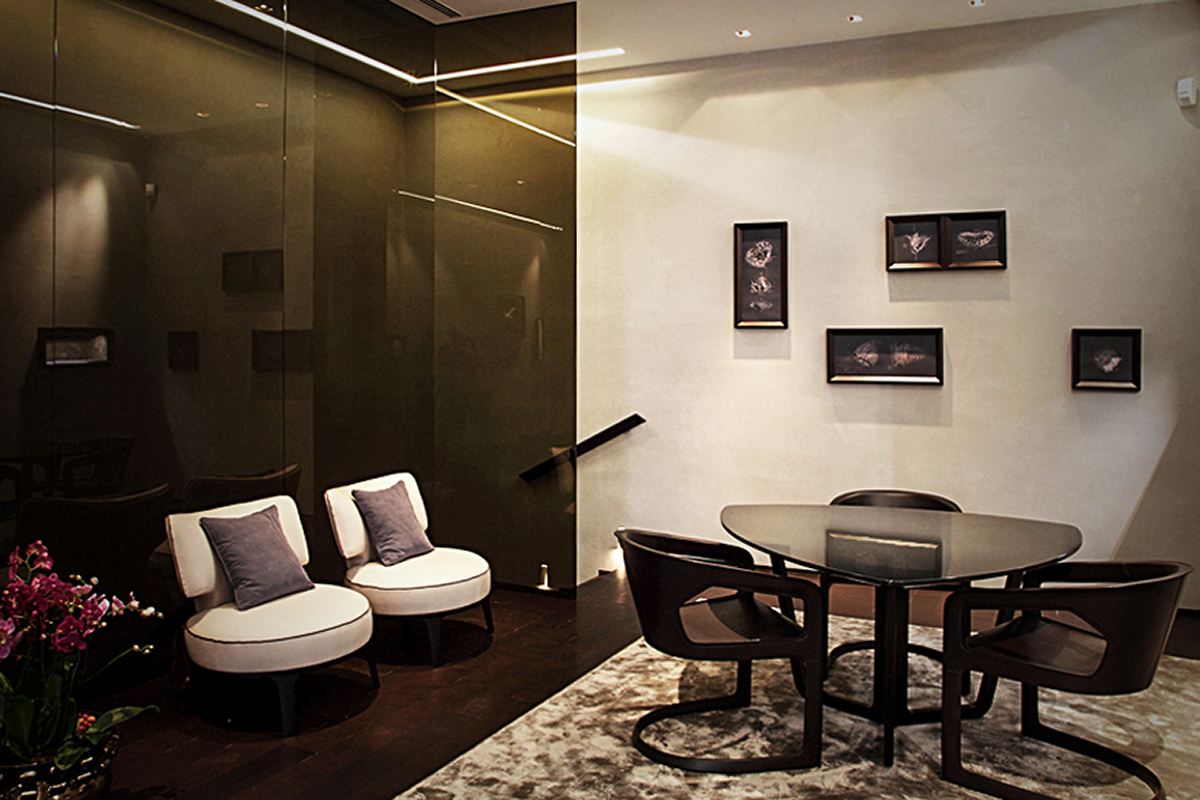 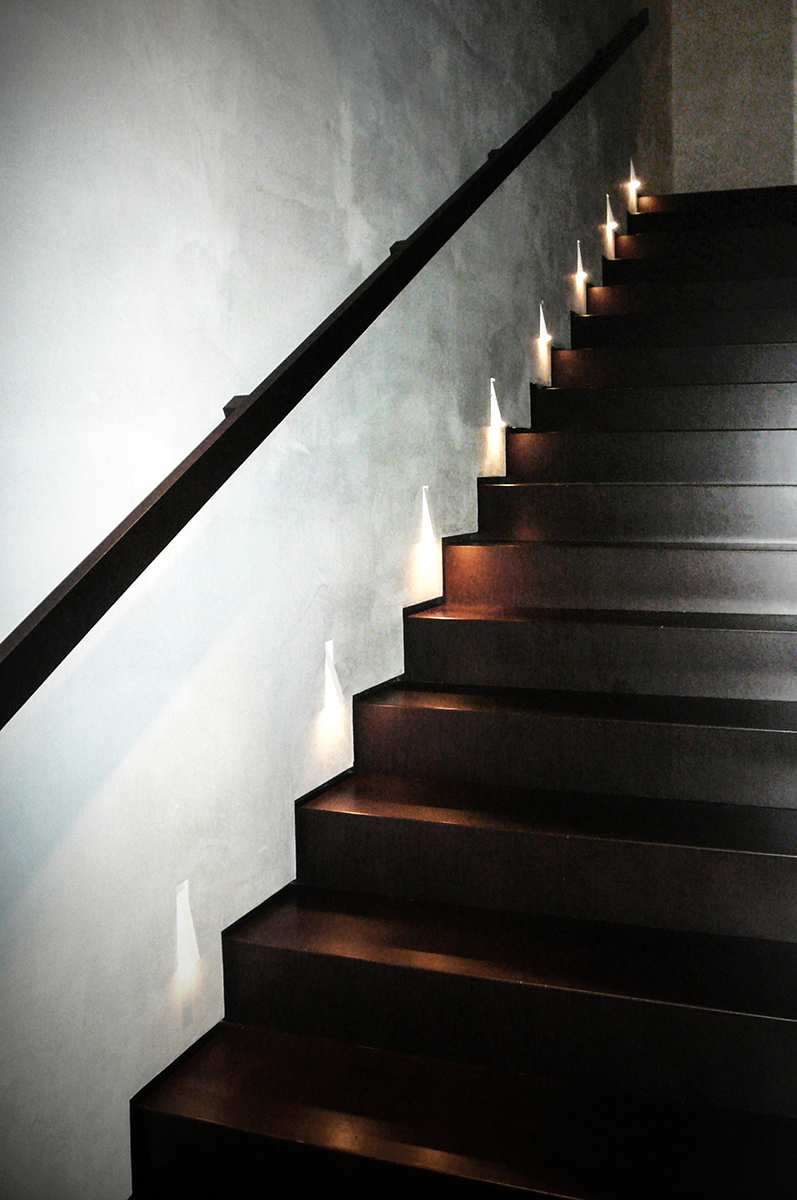 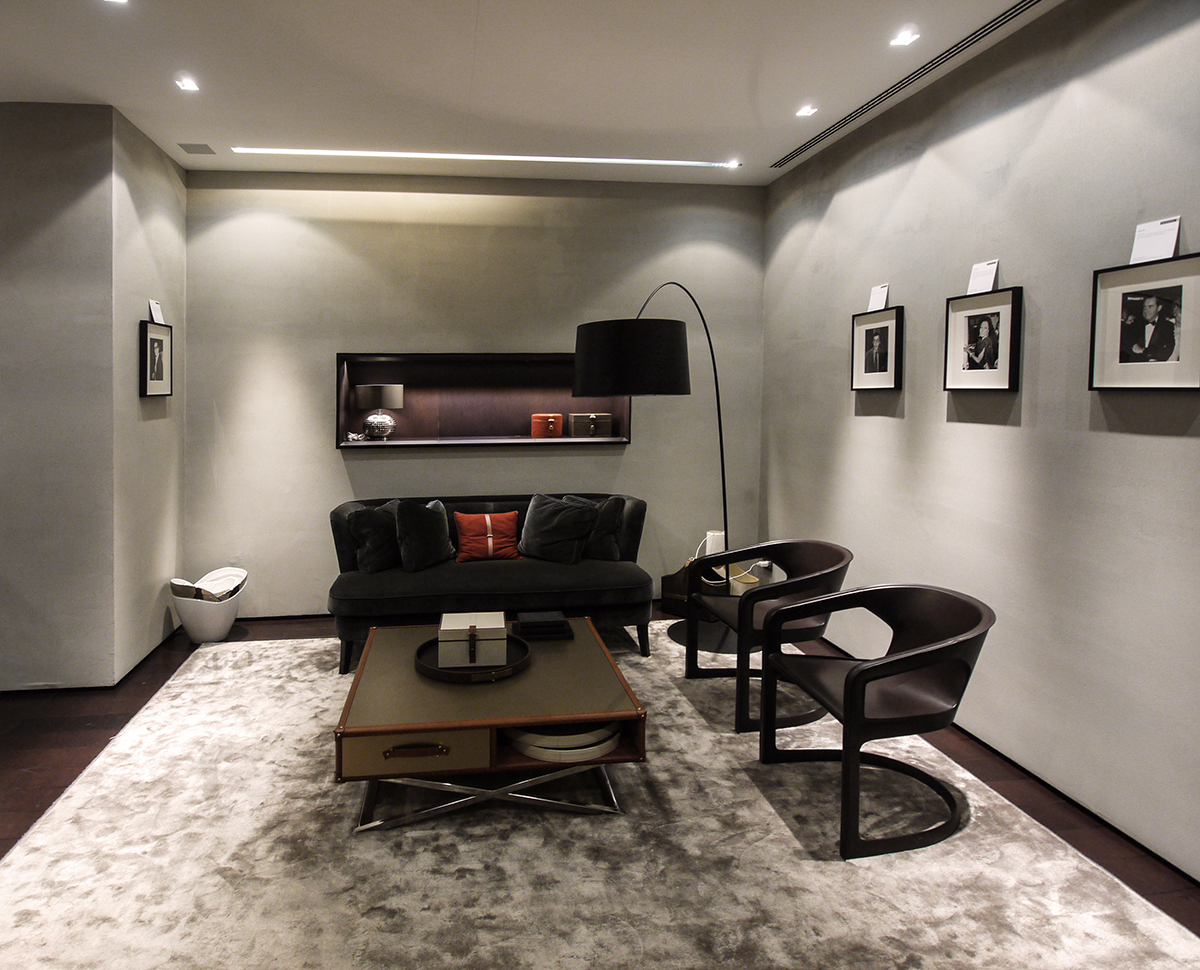 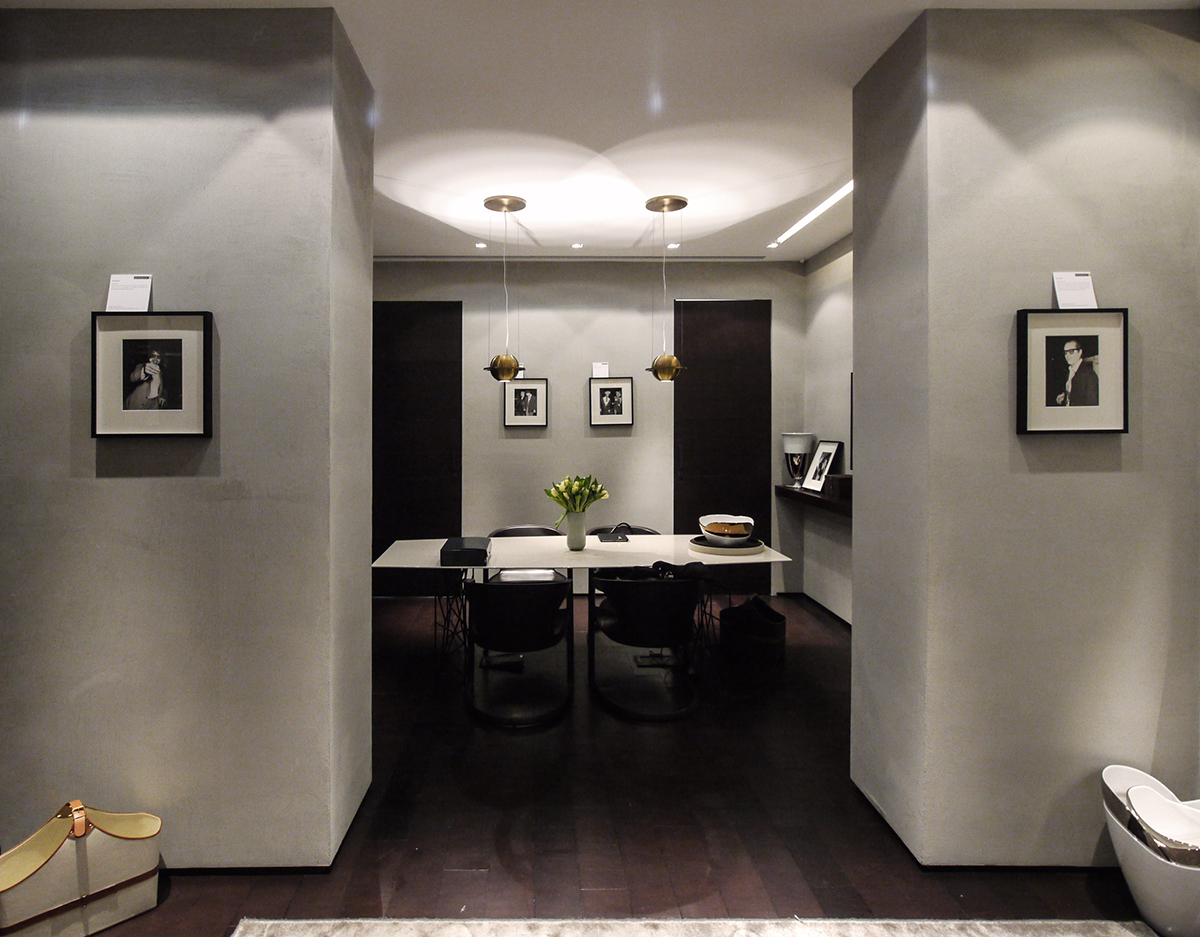