One month after the opening of the Berlin store, GruppoC14 interpreted the concept designed for Peuterey for its second European launch – a flagship store in the city of Antwerp. Situated on the Komedieplaats, Berlin’s famous shopping street, the new single-brand store covers two floors, one 60m2 and the other 120m2, houses collections by Peuterey and Aiguille Noire.
A reiteration of slender brass bars create a fluid, seductive guide for customers entering the store, to lead them from the outside right into the heart of the interior which is defined by concrete walls supporting a flexible hanging system specially-designed for Peuterey, characterised by invisible elements which move freely on the wall
The waves of vertical tubes originating from the ceiling define the display area, and come to a conclusion in a visually stunning waterfall of brass bars which in turn defines the store windows, thus creating a bronze backdrop and striking store frontage.
Smooth opaque slate forms a frame around a soft carpet covering most of the floor space and welcomes customers into the heart of the space. Metallic mesh panels referencing the texture of Peuterey jackets, alternate with vertical sheets of bronzed glass to reveal internal window displays embracing the central stairway made of slate.
The display system is composed of modular units crafted from glass and slate, edged with bands of brass and featuring ipads on which customers can explore the collections, as well as brass and slate circular units which reinterpret the brand’s logo. 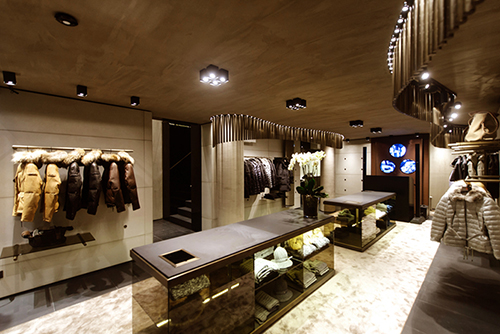 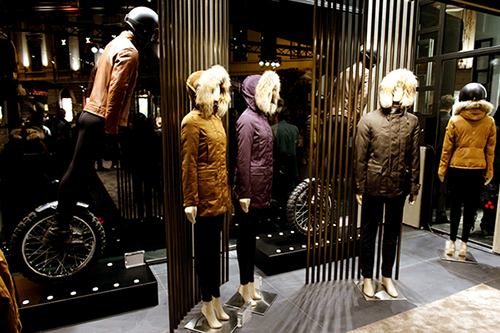 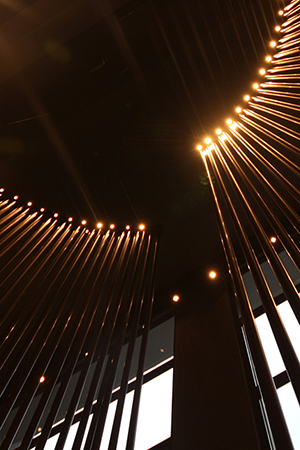 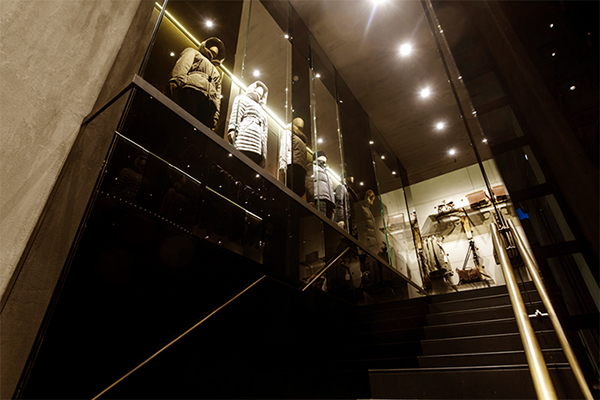 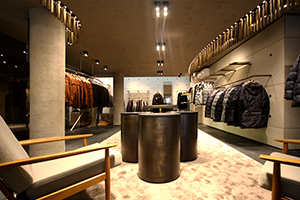 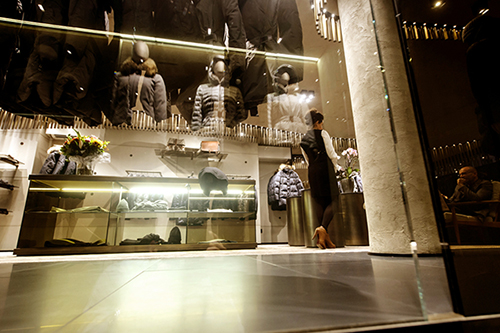 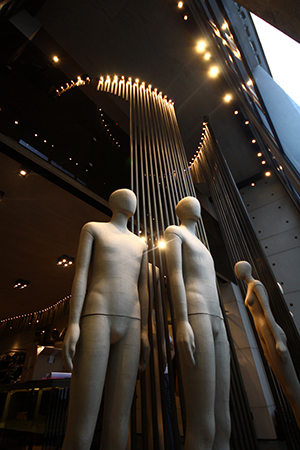 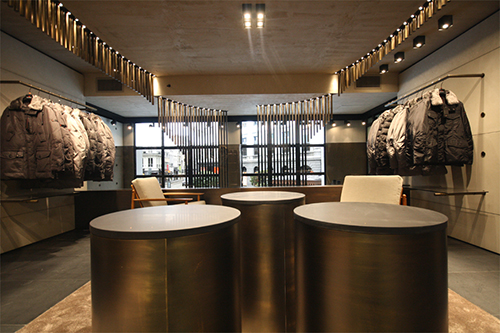